RAMPAGE, a well-known American fashion brand, officially announced its supermodel Gisele Bundchen as its 2009 brand spokesperson. Since 2009, Giselle Bundchen will become the global image spokesperson for the RAMPAGE apparel brand. 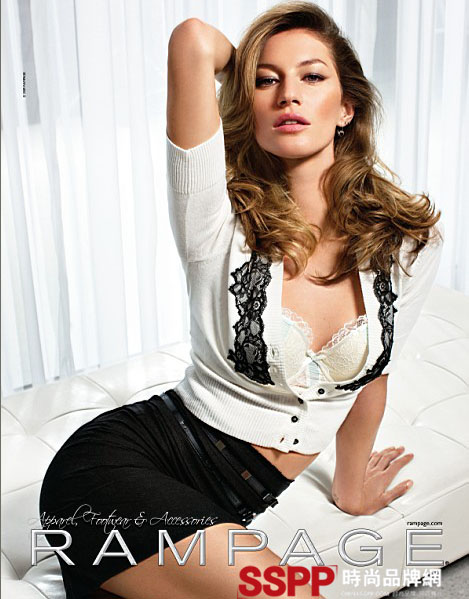 RAMPAGE, a well-known American fashion brand, officially announced its supermodel Gisele Bundchen as its 2009 brand spokesperson. Since 2009, Giselle Bundchen will become the global image spokesperson for the RAMPAGE apparel brand.

Gisele Bundchen from Brazil is currently the hot supermodel in the fashion world. His perfect figure, his unique grasp of fashion and his ability to deduce her reputation as "the most sexy model in the world". Since his debut, Gisele Bundchen has become a fashion model who competes with Kate Moss, frequently appearing on the cover of T-stages and major fashion magazines, winning consecutive models such as VH1 and Vogue. , And won the favor of many famous brands, Versace, Dior, Stefanel, Max Factor and other world's top fashion brands have invited her as the brand spokesperson. 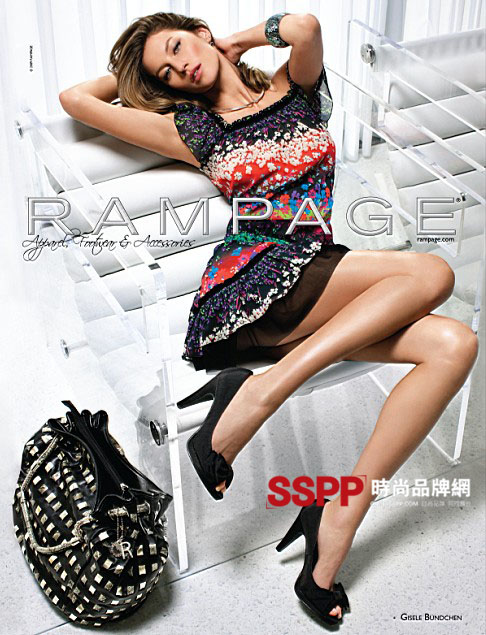 RAMPAGE is one of the most popular fashion brands in the United States. Its product design style is bold and bright. It embodies the feminine sensuality and self-confidence beauty of women. These elements have an attractive curve, with their unique self-confidence, sexy and charming temperament. The supermodel Gisele Bundchen of the fashion industry has been perfectly embodied, and as a result it finally promoted RAMPAGE to select Gisele Bundchen as her spokesperson. I believe that the RAMPAGE Women's 2009 new design fashion she deducted will surely keep RAMPAGE alive. The fashion, self-confidence, and attention-grabbing qualities that are advocated are even more incisive. RAMPAGE, which has always been known for its cost-effectiveness and pure American style, also hopes to encourage women with new-generation debut designs and new spokesperson launches. In the current economic downturn environment, we must always be full of confidence to create our own fashion impression.

It is reported that supermodel Gisele Bundchen has completed the advertising campaign for RAMPAGE 2009 spring and summer women's wear. The corresponding round of advertising campaign will start in February 2009 and the brand will be expanded and the area will be fully rolled out in the world. It is exciting that, since RAMPAGE announced its entry into the Chinese market at the end of 2008, its first store in China will be opened in Shanghaiâ€™s Xinmei Plaza in early March, launching its 2009 spring-summer fashion model to domestic women. Accessories series. With the new year Gisele Bundchen's fashion interpretation of the brand style, more Chinese women will be able to share the new wave of popularity created by RAMPAGE with supermodel Gisele Bundchen.